DalStarting on 16 th March 2019, lasting until 30 th June 2019, the Fondazione Magnani-Rocca hosts a great exhibition about the two Dioscuri of the 20 th century art: Giorgio de Chirico and Alberto Savinio.

The two brothers reshaped the Myth, the Ancient, the Classical tradition through the Modernity of the Avant-garde and of the citation, shifting and re-interpreting them trying to answer to the biggest enigmas that inhabited the contemporary man’mind. This process gave life to what Breton defined as a “modern mythology”.
The exhibition will take place in the Villa dei Capolavori – literally the Masterpieces’ Villa – where the Magnani-Rocca Foundation finds its location in Mamiano di Traversetolo, Parma. The exposition consists of more than one hundred and thirty famous paintings and amazing graphic works. The organization of the exhibition starts from the birth of the metaphysical experience, focusing on the modern reshaping of mythology, and ends with the rich work for the theater – how the collected sketches and costumes for the opera from the Teatro alla Scala in Milan show.

The Dioscuri of modern art

“They are each other’s explanation” wrote Jean Cocteau about the de Chirico brothers. André Breton described their work as “inseparable in the spirit”: the visions held by Giorgio in his early years find their reflection in the literary works of the brother. During the Parisian years de Chirico and Savinio worked closely, just like at the very beginning of their own careers. Although for a long time the merit has been attributed to de Chirico only, today the decisive role played by Alberto Savinio in the elaboration of the metaphysical aesthetics is recognized.

The exhibition is curated by Alice Ensabella, Grenoble University, and Stefano Roffi, scientific director of the Fondazione Magnani-Rocca – the exhibition aims to critically detect and analyze the common backgrounds of the de Chirico brothers focusing on their common parts, contrasts and interpretations of the fantastic universe they created through their pictorial, literary and theatrical works. A journey into their perception of the myth, the result of an articulated thought, refined and always kept modern, gave life to one of the most significant revolutions in the aesthetic codes of the twentieth century.

Giorgio (1888-1978) and Andrea (1891-1952) de Chirico were both born in Greece, where they spent all their childhood. Sons of a high bourgeois and cosmopolitan milieu, they received a solid and international education that has been influenced by the Romanticism and the German Nihilism, by the Parisian Avant-garde, by the Classical Mediterranean culture, certainly Greek, but also deeply Italian. This very particular philosophical, artistic and literary imprinting, that shapes the minds of the de Chirico brothers in their years of training and first years of activity, will result in one of the most original and highest moments of the Italian figurative culture of the twentieth century.

Despite the common intellectual education, de Chirico and Savinio showed different features of their own personalities and artistic approaches: while de Chirico is strongly focused on his artistic career since his adolescence, Savinio a multi-talented man, starts his career as music composer and musician. He later becomes a writer and only at 35 years old he applies to the world of painting. The interpretations that the two brothers provide of themes like The Journey, The Mystery of the Detachment, The heart-breaking Feeling of the Return, The Human Condition, The Reference to the Myth and to the Ancient are not the same, leading to stylistically and iconographically distant results.

Mental, conceptual and colder is de Chirico, who even after the great metaphysical season won’t stop with his paintings filled with enigmas, that will characterize his landscapes that recall the myths of antiquity, horses in the ruins of the Greek civilization, gladiators about to live or die, self-portraits and redundant still-life paintings.
Game and irony are the cornerstones around which the aesthetics of Alberto Savinio revolves. In fact, unlike his brother, Savinio immediately shows a natural ability to introduce the wise lightness of irony, unfolded through a fantastic vision, in the deep metaphysical silences.
In his works, unanimated objects and animated beings come together in a single colorful and lively representation, in which human and animal forms merge and decontextualize, put into impossible perspectives and a playful atmosphere.

They come from important Italian institutions, among which we mention the Galleria Nazionale d’Arte Moderna (National Gallery of Modern Art) in Rome, the Mart museum in Rovereto, the Teatro alla Scala di Milano Foundation and the Fondo Ambiente Italiano. Several works come from the Barilla Modern Art Collection and all other galleries that are involved in the preservation and enhancement of the two artists’s work.

The contents of the catalogue describe the brothers’ approaches to their inspirational sources (Nicol Mocchi), as well as their personal paths in the various artistic disciplines: painting (Alice Ensabella), but also artists’ books and scenography and costumes for theater (Mauro Carrera). Another point of focus will be the relationship between the two Dioscuri and the founder of the Magnani-Rocca Foundation, Luigi Magnani (Stefano Roffi). Since the inspiration for the construction of the aforementioned modern mythology is at the center of this project, two contributions in the catalogue will focus on more specific aspects of the savinian (Gerd Roos) and dechirichian (Daniela Ferrari) iconography.

From March 16 to June 30 2019. Also open on all holidays. Timetable: from Tuesday to Friday from 10 am to 6 pm (the ticket office closes at 5 pm) – Saturdays, Sundays and holidays 10 am-7 pm (the ticket office closes at 6 pm). Also open on Easter Monday, 25 April, 1 May, 2 June. Closed on Monday (open Easter Monday). Admission ticket: € 12,00 valid for permanent collections – € 5,00 for schools. Saturday 16.30 and Sunday and holidays 11.30, 16.00, 17.00, visit to the exhibition with a specialized guide; it is possible to book via mail to segreteria@magnanirocca.it, or to show up at the entrance of the museum until places are available; cost € 17.00 (admission ticket and guide). Exhibition and Catalogue (published by Silvana Editoriale) curated by Alice Ensabella and Stefano Roffi. Essays in the catalogue by Nicoletta Cardano, Mauro Carrera, Alice Ensabella, Daniela Ferrari, Magdalena Holzhey, Nicol Mocchi, Stefano Roffi, Gerd Roos. PRess office: Studio ESSECI, Stefania Bertelli gestione1@studioesseci.net tel. +39 049 663499 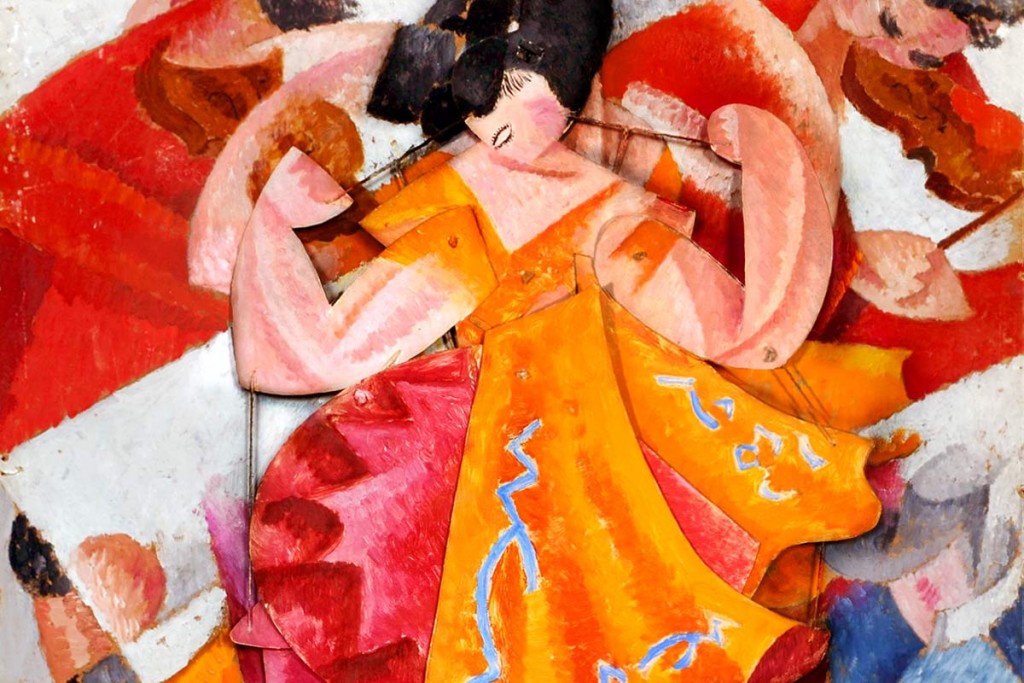 Mostre
SEVERINI
The Emotion and the Rule